DeSanti experienced a sudden shift at a young age and became a seeker of higher knowledge. Before this shift, his life revolved around athletics, mainly basketball, which led him to a level of nationwide notoriety for his talent. While recuperating from a basketball injury, he came across a book called “The Journey”. This was the moment when the course of his life forever altered. A fire started that led him to seek deeper understanding from philosophers and Masters of all walks of life.

Beginning in the shamanic world of the Native Americans, eventually he was led to the Masters of India, where he spent over a decade studying, meditating, and reflecting on the words and practices from this rich lineage. He made his first journey at the age of twenty-two to India to attend Satsang with a Teacher from Mumbai (Satsang is a term that refers to two or more people coming together, ‘Sang” for the higher teaching of the wisdom of the SELF which is ‘Sat).

After many years, Christopher DeSanti went back to India, this time with a deeper understanding of life after spending eight years as a Mortgage Broker. When the market shifted nationwide in 2008, it presented an opportunity to start over again and create a life that was totally dedicated to sharing the answers he had discovered.

I saw the light in him the moment we met and I knew this man would make a huge difference in my life and in the lives of many. — Jo Englesson

Thousands have had the opportunity to experience Christopher’s unique, innovative, and powerful style. As the fire burned even stronger, and he journeyed ever onward in the quest to deepen his own understanding and the way he communicates it to others, Christopher DeSanti attended a training called the Gratitude Training, LLC.

This training was one of the most powerful, experiential ways of bringing the deeper distinctions of life together in a simple way, regardless of background and knowledge. Christopher was so moved by this experience, he realized it was an amazing vehicle to combine with his teaching at Satsang.

Christopher then went on to train for two and a half years to become a Trainer with Trainer Designs Global. He was fortunate to learn these trainings from two Master Trainers who were instrumental in creating the work and were both standing members on the Transformation Leadership Council. After learning side by side with them for almost three years, Christopher DeSanti now does Trainings for Gratitude Training, LLC where he brings his wisdom and passion to people in the training room and continues his classes with commitment and love to people from all walks of life. 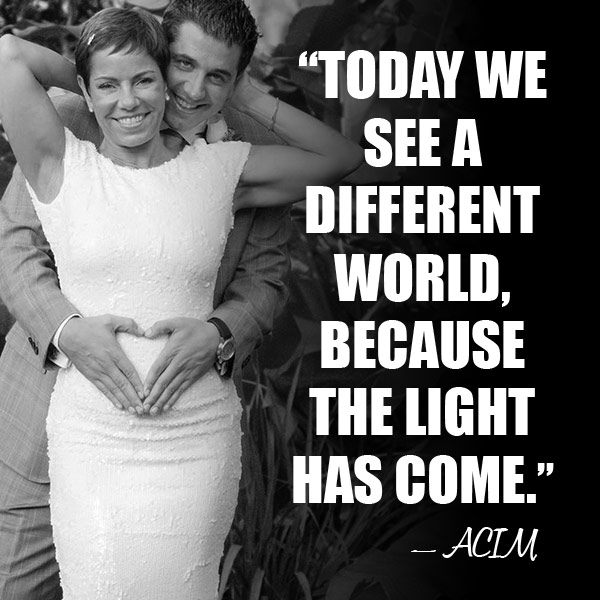 Christopher currently resides in Delray Beach Fl, and spends his time with his graceful and loving partner, Lori Reyes. Together they have created a  beautiful relationship that has become a source of inspiration for many. Christopher uses his relationship and many other day to day life experiences as the basis of what he teaches and shares with people, creating a safe and relatable environment for people to ask the deeper questions about their life. Ancient Wisdom from a Modern-Day Seeker

by Christoper DeSanti
NOW ON AMAZON